How to use cancer to fight cancer

Cancer is a tenacious and unpredictable disease. Instead of designing external treatments that follow cancer’s lead, Dr. Cyrille Cohen and his research team are focused on calibrating the human body’s immune response using white blood cells engineered to maximize their disease-fighting potential.

“There is a time for war and a time for peace”, the Bible says, but inside our body, a continuous war is taking place between disease-causing agents and our own personal army – our immune system.

Among the many amazing warriors defending us from within are T-cells: a type of white blood cells that can identify the malicious foreign agents from the self-cells and destroy them.

But what do you do when the enemy is your own self-cell?

Cancer cells are self-cells gone rouge that also send signals to suppress the immune system. They may slip through, resulting in cancer.

Researchers at Bar-Ilan University set out to give T-cells a little help. They developed a protein molecule engineered from two different genes, that can switch the effect of the cancer cell signals from “suppress” to “enhance”!

Using an engineered virus, they delivered the genetic code of the new protein to T-cells fighting human cancer cells in vitro and in mice. The new protein load also included a bonus feature of improved cancer-recognition capabilities.

Once receiving the code, the T-cell could produce the new protein, which led to regression of tumors.

A big step forwards for T-cell based immunotherapy, and for the ongoing battle against cancer! 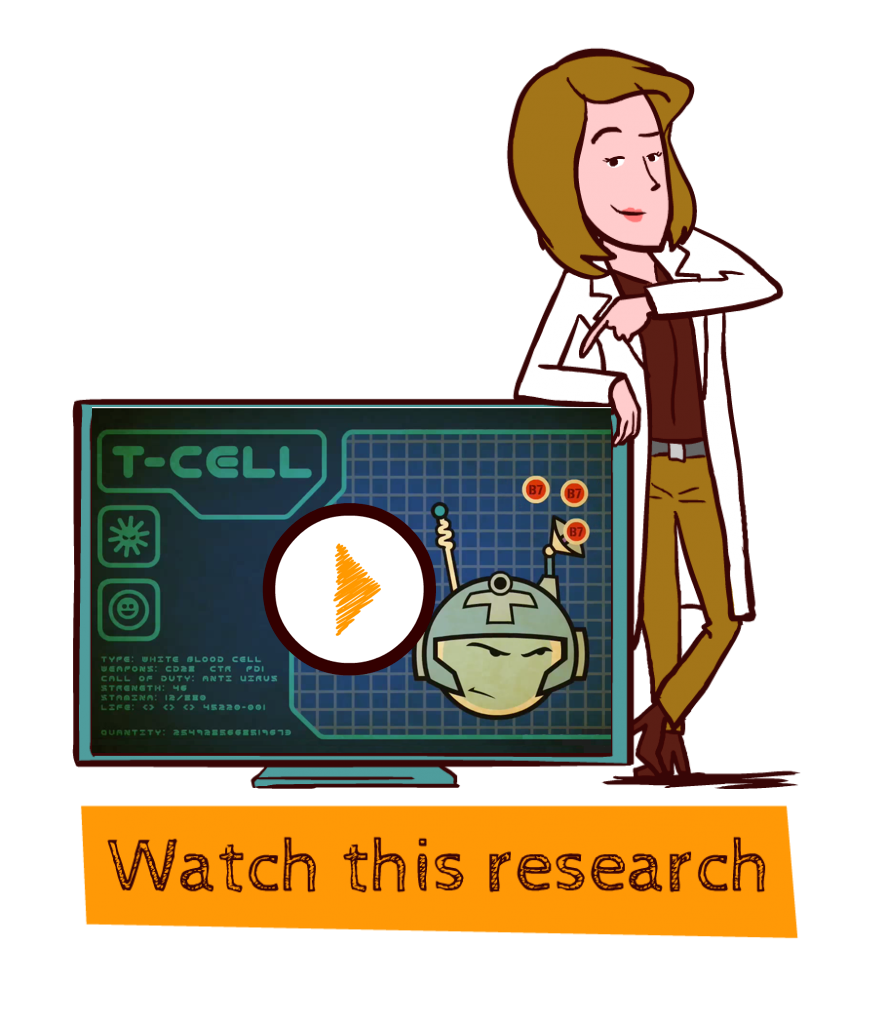